Retailing will be more digital, but feel more human

The scale of change taking place within the retail industry is phenomenal. Things that just a couple of years ago we thought impossible are fast becoming reality.

We’re on the brink of an entirely new era of digital retail, and the difference between “then” and “now” will be unlike what we’ve seen so far.

Why? Is it because of the continuing rapid advances in technology? Yes, but that’s not the only reason.

It’s true that we now have access to unprecedented computing power, near-limitless data, and AI to make sense of it all, plus, through visual and voice computing interfaces, the ability to absorb and process information in a way that once was purely the domain of humans. All that will only increase.

In addition though, these different technologies are now being combined in entirely new ways to create something far greater than the sum of the component parts.

By connecting technologies and ideas in new and interesting ways, retailers and brands can develop new products, services and business models that challenge conventional assumptions.

Our vision of where things are going is not just based on a hunch, nor is it simply a retail version of Moore’s Law, which states that computing power gets exponentially faster and cheaper over time. Our premise is built on a series of future-casting projects involving some of the brightest minds – and newest technology applications – in the world.

In essence, we’re anticipating a future that will be much more digital than today, but one that will look less digital and feel far more human. 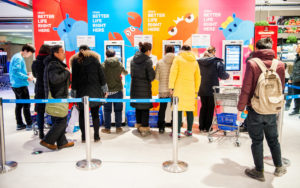 The Third Era of Digital Retail will be less about phones, devices and screens, and more about a seamless, intuitive, human experience. This will be a time in which screens recede and product experts step up to take their place, augmented by instant access to data. The keyboard will begin to be replaced by the voice – fewer “taps” and “clicks”, more “OK Google” and “Alexa” (although it’s very likely that these specific wake words will disappear too). Bricks and mortar will be “smart” and responsive. Visual computing – software that can see and interpret the surrounding environment – will take off, turbo-charged by AI. Technology will be less visible – but far more empowering. For consumers, retail will be frictionless and effortless – and almost indistinguishable from magic.

In this new era, we believe that the retail revolution will come full circle, back to a time when service was personal and products personalised, but in a contemporary way. 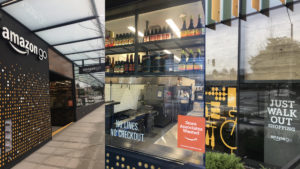